3 Felony Counts for Woman Who Left Children in Vehicle

(VIA WKRN Nashville) It could be that there is something about Walmart parking lots, or more and more parents are disregarding the serious danger that is leaving their child in a vehicle unattended. Yesterday a mother in Nashville, Tennessee, was arrested and charged with three felony counts of child endangerment after leaving three children unattended inside of her car while she was shopping. Witnesses reported the children to security, who were able to call the police to assist the children. Once the police arrived on scene, they found that the children had been left in the vehicle with the keys still in the ignition. With none of the children older than 4 years-old, this is obviously a situation which would be very dangerous to the children involved. Whether it could have been an automotive theft which could have occurred, or vehicular heat stroke from the temperature inside of the vehicle, this mother clearly put her children in harm’s way.
When the mother returned back to the vehicle she told officers on the scene that she had just run into the store “for a minute”. However, officers reviewed surveillance tape inside of the Walmart and discovered that the woman had been inside of the store for at least 45 minutes. Fortunately for the children, this occurred later in the day, otherwise the results could have been deadly. 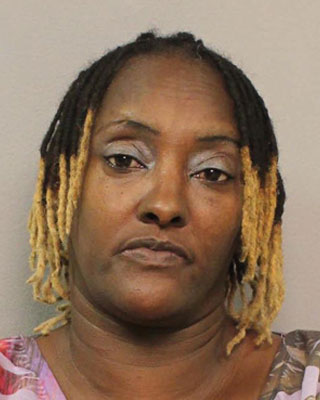 Image of the woman charged with three counts of felony child endangerment in connection with this incident.

Looking forward Phila-Locksmith always reminds you to bring your child with you, whenever you are going to be exiting the vehicle. By bringing your child with you, a slew of potential dangerous situations for you and your children can be avoid, rather easily. Below you can find a few of our tips that can assist you to avoid leaving your child locked in the car accidentally.
Helpful Tips:
Post Views: 377
Previous Post
6 Week Old Baby Left in Car Outside Wal-Mart
Next Post
5 Ways to Save with a Locksmith