The Big Debate Around Barricades

Due to the frightening rise in school invasions and shootings, there has been a demand that schools find a way to be more secure and keep students safe. Because of this demand, a heated debate has started between parents who think classroom barricade devices should be implemented in schools and officials who are hesitant to implement these devices. Classroom barricades offer a secondary line of defense in the event of an active shooter present at a school and have the potential to save thousands of lives if properly utilized. 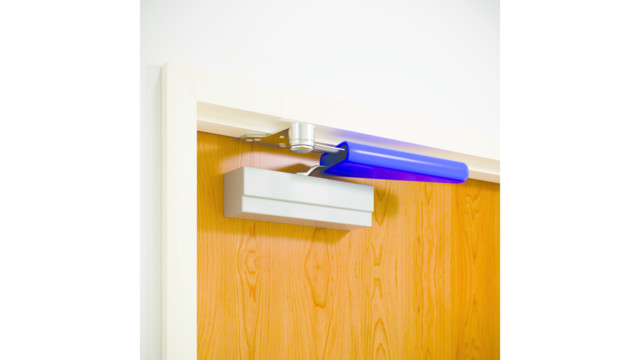 Simple blue cover that prevents the door from opening in the event of an active shooter warning. DIY method: if you are not equipped with one of these, a simple belt tied in the same area will prohibit the door from functioning.

Classroom barricades come in all different shapes and sizes, ranging from large bars that go across the center of the door to compact locks that bolt into the floor. The locks are designed to only be used in times of crisis for protection, but code and building officials are against installing them in classrooms across the globe because of the fear of misuse and the risks that surround them.
If used improperly or incorrectly, a classroom barricade device could cause more harm than good. 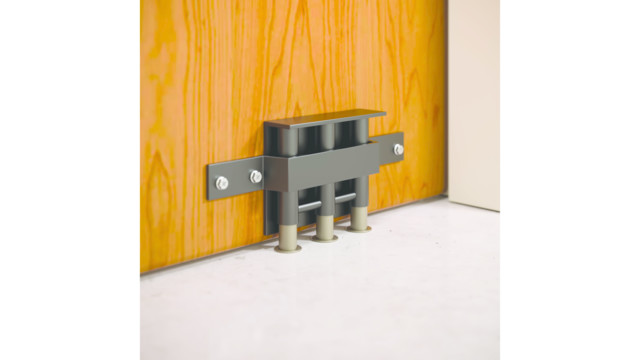 The floor lock bolts into the ground adding extra security to classrooms during active shooter situations.

That is the main concern of code officials: that the barricade will be used improperly, and in the event of a fire or natural disaster they could potentially trap students inside of the building or hinder their escape.In addition to possibly causing issues during fires or disasters, there is also the chance of an active shooter barricading themselves inside of a locked classroom and causing more damage then if the students were able to easily exit the classroom. 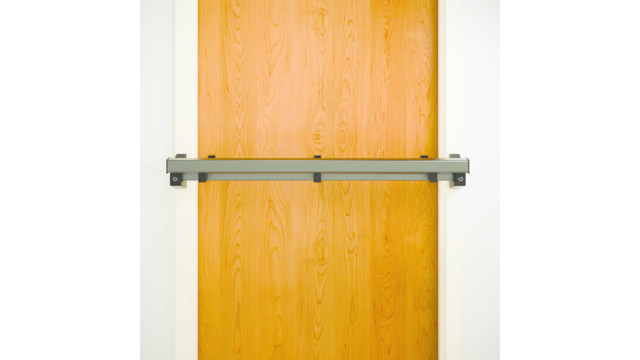 The bar lock barricade goes over the entire center of the door and locks into place, preventing access to the classroom.

While those points offered by the officials have validity, there is no denying the benefits of extra security when it comes to the safety of students. No one should fear for their life just because they are trying to obtain an education. The usage of classroom barricades not only adds to the safety of those in school, but they also provide a sense of security to students and teachers because they know if a problem were to arise, they would be protected.

Because this is such a heated debate, we here at Phila-Locksmith would love to hear your view on the subject. Do you think classroom barricades should be implemented in schools? Leave a comment below expressing your opinion.
Post Views: 3,729
Previous Post
Locksmith Tips for Holiday Travel
Next Post
Staying Secure With the Democratic National Convention (DNC) in Town