GM Recall Could Lead to More Push to Start

General Motors was forced to recall a large amount of vehicles from the early-2000s due to faulty ignition switches. While not putting drivers in any type of danger on the road, ignition switch problems can be a big headache and cost owners a pretty penny to have replaced. Since the key operates in a circular fashion there is an increased chance for wear which can cause the entire ignition system to become non-functioning. Whether it is from an external force which knocks the key out of place in the ignition or from being weighted down by a heavy key chain, it can be very common to have to deal with ignition switch problems. 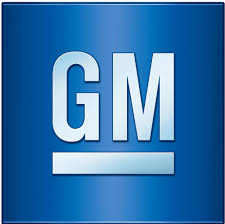 How could General Motors combat this problem? When testifying before congress about their current recall the chief executive of General Motors said the current situation could speed up the implementation of push to start systems in as many vehicles as possible. Since there is no mechanism that must rotate in order for the vehicle to start there is no wear that gets built up over time. Currently 72% of cars offer a push to start option, but much less currently have that type of system installed on their vehicle. Customers who do have the system installed on their vehicle have raved about the push to start’s convenience, which allows the user to start their vehicle with the simple push of a button.
Transponder car keys were a revolution in car security, whose implementation was sped up by an increase in vehicle thefts. Just like the transponder car key before it, push to start systems could find themselves on the fast track to being much more popular in vehicles being produced thanks to these ignition switch problems that are common across many major manufacturers of automobiles. Technological advancements in current automobiles is what allows for a complex system such as push to start to be implemented. Transponder keys used a computer chip in their key shell that communicated with the computer in order for the ignition switch to start the engine. Push to start systems operate in a similar fashion to transponder keys. A fob must be on the owner’s person when they touch the push to start button on their vehicle in order for that vehicle to start. Phila-Locksmith would still be able to assist in the replacement of these GM car keys for a push to start system. When transponder car keys were introduced it forced locksmiths to adapt and become part locksmith, part computer analyst since they now had to deal with programming rather than just cutting the key to the correct cuts. It seems that push to start systems will force a shift for automotive locksmiths to an even more computer and technology centered focus. Many push to start systems also offer emergency keys to grant access to the trunk and door in the case that their fob is not properly functioning. Any one of our locksmiths in New Jersey, Delaware or Pennsylvania would be happy to repair or replace your push to start fob or emergency key, call today to request service for your vehicle.
Post Views: 387
Previous Post
South Philadelphia Burglary Streak Overnight
Next Post
A Locksmith in England Gives Back How He Can
You must be logged in to post a comment.