VIA The Telegraph – An interesting situation has been developing across the pond, over in London. Thieves are using small locksmith stickers to mark homes that may be easy to target for burglaries. The labels themselves are something that are very common in the locksmith industry, a small sticker with a number to call in case the owner is locked out and in many cases are placed on the door after a service has been completed. When police began to investigate the rash of break-ins throughout London they phoned the company which had its sticker on a door which was broken into, much to the surprise of the police the locksmith company did not exist. 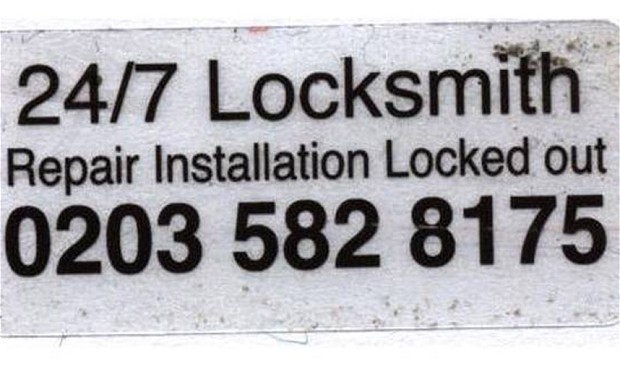 It turns out that “scouts” where scouring the neighborhoods looking for easy targets and then placing the stickers as a type of sign to other burglars that they could burglarize that home. Apparently issues like this have been common in the United Kingdom recently with thieves also using chalk and other signs to “mark up” easy targets to steal from. So far police in London have made no arrests but they believe that it is likely an organized gang of thieves who are working together to mark and burglarize the homes. London residents have been advised to keep an eye out for stickers like this or any other marking which they do not recognize and then report them to police.
The resolution of this will be one that is interesting to see. Could their be a gang of underground thieves that are working as a team to mark houses and then burglarize them? Or could it be that it was only a small group of part time thieves. Either way the ending for this will certainly make for a very interesting story.