Throughout the years, there is a common trend in newly released technologies. Generally, this technology begins at astronomical costs which are only worth it to a very niche group of individuals. As more people begin to get their hand on the new technology, innovations and advancements follow. Without fail, this leads to a decrease in cost of the technology, allowing for more individuals to offer it as ever. This has been true for cars, television and even smart phones. This same type of advancement and reduction of cost is currently happening with regards to closed circuit television. No longer do you have to be a large commercial location to enjoy the security benefits of a CCTV security system. As more manufacturers have entered the market, prices for closed circuit television systems have taken a nosedive. We’ll examine some of the reasons for this reduction in cost as well as some of the practical applications of closed circuit television with regards to residential security. 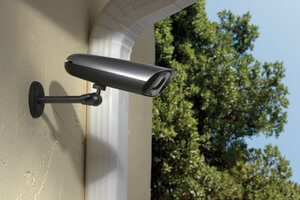 When it comes to home security, many of us do exactly the same thing. We ensure that our locks are armed when we leave the house, prevent our house keys from being duplicated and ensure that professional installation of all locks takes place. However, these are only the slightest precautions which can be taken to protect your home. Closed circuit television offers a unique advantage because it works to not only prevent crime, but to help you determine exactly what happened once a crime occurs. This can be useful for break-ins because it can not only deter a criminal from striking in the first place, but also give you further insight into the security weaknesses of your home. Break-ins are not the only type of crime which can be prevented, closed circuit television cameras can protect packages and mail which are left out in the open. Especially during holiday seasons, thieves target large packages which are left outside of homes during the day. Neighborhood kids vandalizing your lawn and home? A CCTV system can allow you to identify the perpetrators and bring the vandalism to an end. The biggest benefit that security cameras offer your home security is that they remove any doubt about what actually happened at your home. Rather than wondering how something was broken, or stolen, the homeowner has video evidence of exactly what occurred.

There are distinct reasons that residential security cameras have become much more popular. In the past, some homeowners may have tried to post signs saying “Warning: Security Cameras” simply to scare thieves away. However, this defense could easily backfire. The reason that many homeowners opted for this type of scare tactic was because of the egregious cost of a home security camera system at the time. This cost has decreased significantly making it an affordable option for homeowners who want the utmost out of their home security. Not only do residential security cameras allow for you to prevent theft and other crimes, but it also allows for you to monitor your property for one convenient location. This is especially convenient for homeowners with areas which would be dangerous for children such as pools and workshops. Each individual homeowner may have different reasons for having security cameras installed, but one thing is certain; they are enjoying a much higher level of home security than those who do not have cameras installed.