(VIA KTVU) At Phila-Locksmith our technicians occasionally are called upon to complete a re-key during an eviction, but a locksmith in San Jose had a huge job on his hands when Bryman College was forced to be evicted. Needlessly to say students were shocked at the fact that the institution they paid tuition to could not pay their rent. The San Jose college, Bryman, also has three other campus location none of which they were forced to evict from. Some students voiced their outrage to KTVU in San Jose of how shocked they were not only at the eviction, but the fact that the school gave them  no warning .

“‘How do you not pay rent for a building?’ asked 20-year-old student Amanda Caleira. ‘Words can’t even describe it. That’s how mad I am.'”

Whenever a eviction occurs, the local Sheriff is called to the scene to ensure that the current occupants are either off the premises or will be. A locksmith is brought by the Sheriff so that he can re-key the locks on the home, as well as initially open the door to the home. The locksmith is called to complete a re-key to ensure that the previous tenant will no longer have access to the home. This saves the owner of the property money when compared to a lock change because only the cylinder is being adjusted when a re-key is completed. 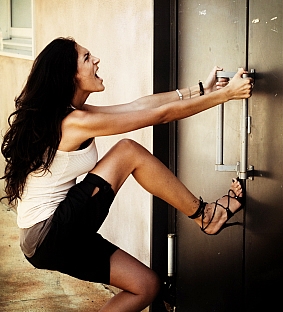 KTVU reached out to Bryman College to ask for an explanation for why the eviction occurred and the college said that no one was available to comment on the situation. It will be interesting to see exactly what type of explanation the college will be able to put together for this inexcusable mishap. Hopefully students will be offered an acceptable ending from the college and the locksmith will be able to return to provide administrators and teachers with their keys so that the college can get back to educating students. No of our locksmiths in Philadelphia have been called to evict an entire college or school building and it would be quote the interesting scene if the same thing were to happen at, say, University of Pennsylvania!
0/5 (0 Reviews)
Post Views: 316
Previous Post
Bump Keys Still Pose a Security Threat
Next Post
Elderly Man Robbed Inside of Chase Bank