(VIA KRMG) Late last night a locksmith in Tulsa was called out in a case where he thought that a man was locked out of his home. Once he arrived on scene the locksmith found out that this was not the case. The locksmith was confronted by three hooded men, at least one of whom was armed with a handgun. Fortunately there were no injuries to the locksmith, but the robbers were able to get away with his cell phone as well as some cash. 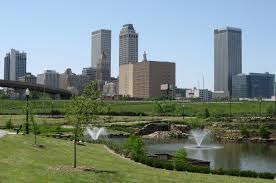 A Tulsa locksmith was robbed during the late night April 8th.

While a robbery like this is not common, our locksmiths constantly stay on guard when they are responding to phone calls. Not only must they watch for their own safety, like in this case or the eviction shooting in California, but they must also watch out for the property owner’s safety. When our technicians go on scene they must not only verify that the individual needs the service completed, but that they are also permitted to have the alteration completed. Whether it is the registration of a vehicle for car keys, or identification in the case of a house lock outs our technicians want to be sure.
What is truly sad about this is that the locksmith who was robbed was only there to assist the person that was locked out. The robbery occurred around midnight so this means that the locksmith could have been comfortably at home with his family, before being called out to help someone, only to find out that it was someone’s idea to pull a quick robbery.
Our locksmiths were put on notice to watch out for any type of shifty behavior and to safeguard themselves against this happening. Our dispatchers were also put on notice to look out for any type of suspicious behavior on the phone to attempt to stomp out any kind of crime before it happens. Between ensuring that the person who wants a new car key or needs to get back into their home are authorized to do so, and now having to be on the look out for robbers trying to make a quick dollar, locksmiths around Philadelphia and the nation need to stand constantly vigilant.
0/5 (0 Reviews)
Post Views: 276
Previous Post
Woman Lies About Children Locked in Car
Next Post
Lexus Car Keys Serviced by Phila-Locksmith