VIA Gulf News – Anthony Martin, an American escape artist performed one of his most dangerous stunts ever on Tuesday. He escaped from a locked coffin which was thrown out of an airplane at 14,500 feet. Attempting a stunt like this is obviously not for the faint of heart and Anthony takes a great deal of joy in his escape performances. He was said to have been attempting high risk escapes since the age of eleven when he jumped into a lake with his hand handcuffed behind his back.
Yesterday in Illinois the stunt was completed nearly flawlessly by Martin and his crew. At about 14,500 feet Anthony Martin’s coffin was pushed out of the airplane and was accompanied by two skydivers who would stabilize the coffin as it began it free fall. One of the stabilizers was hit by the spinning coffin after it was released from the plane but it was smooth sailing after that. Not only did Martin have to escape the coffin itself but he was also handcuffed and had his right arm chained. In addition to all of the restrains on himself, Mr. Martin also had the lock’s tumblers scrambled by a locksmith so there would be no way for a key to possibly open it.
The stunt was pulled off successfully and Anthony Martin was able to get away from the coffin and land safely with the rest of the jump crew. This is not the first tume that Anthony Martin has attempted a stunt that was as dangerous as the one he performed on Tuesday. In 1988, on just his 17th time skydiving, Anthony Martin performed a similar feat when he was thrown from an airplane in a coffin from just over 13,000 feet. That time was slightly less tricky since this one included the addition of restrains inside of the coffin itself.
After talking with some of the professionals here at Phila-Locksmith it does not seem like any of them would want to attempt a feat such as this any day soon. The amount of expertise it would take to pull off such a stunt is enormous, especially when you factor in the nerves that a dangerous stunt like this can put into someone’s system. All we can do for now is marvel at Anthony Martin’s accomplishment in the stunning escape that he pulled off. We congratulate Anthony on the success and wish him continued success in his future escapes! 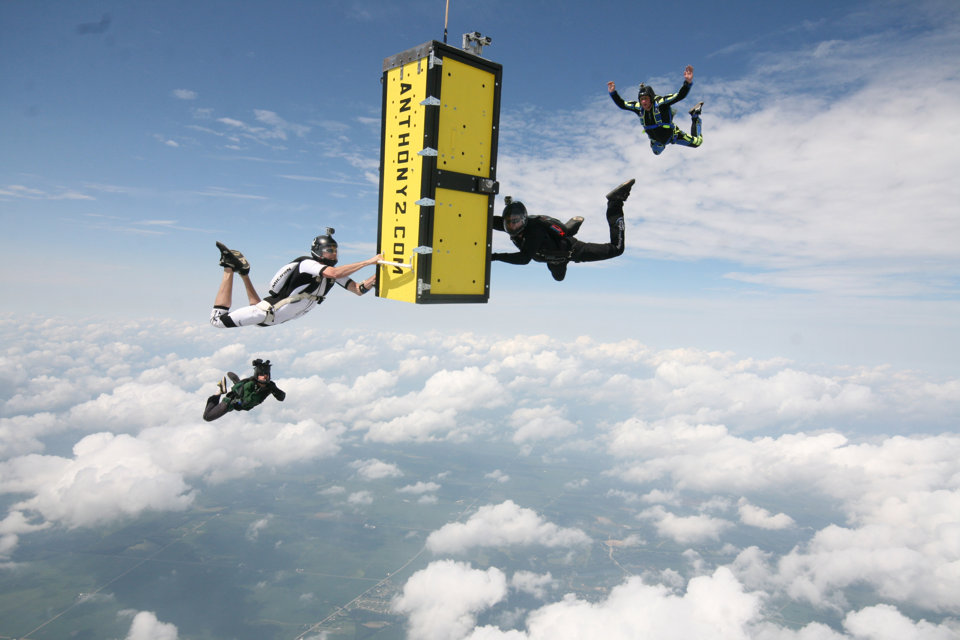