The Philadelphia Daily News is reporting that Philadelphia Councilwoman Blondell Reynolds Brown had her city-owned vehicle stolen from outside of her home in Wynnefield. This past Sunday morning, Councilwoman Reynolds Brown noticed that her city-owned, and taxpayer funded, vehicle was not parked along the curb where she had left it. She reported the vehicle stolen to police who eventually were able to locate the vehicle when another individual called in about a possible overnight vehicle theft. This Philadelphia citizen was awoken at about 4 AM Monday morning to the sound of his vehicle’s alarm. The citizen saw three people running and called police. When police arrived they were able to track down the three individuals, they determined that they had been entering unlocked vehicles to take any unattended valuables inside. One of the suspects who was apprehended had a car key on her person. After questioning, police were able to locate that vehicle and determined that the vehicle in question was the city owned vehicle stolen from out front of Councilwoman Reynolds Brown’s home. 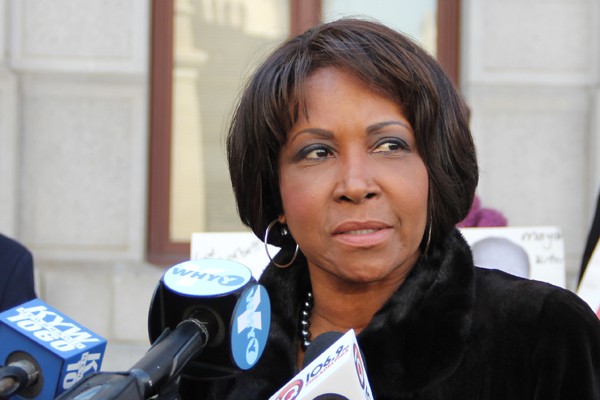 Why were the thieves successful?

Councilwoman Reynolds Brown said that she left her vehicle on the curb outside of her on Saturday night, by Sunday morning the vehicle was gone. Did the thieves use some type of advanced technology to copy her key? No. It seems that the Councilwoman not only left her city owned vehicle unlocked, but left the car keys inside as well. This offered the thieves the opportunity to easily take her vehicle without being detected. Luckily for the Councilwoman, these thieves pressed their luck and were eventually caught while committing another theft.

How to Protect Yourself from Car Theft

There are some very simple tips that you can follow to avoid having your vehicle both targeted and stolen. For any vehicle parked curbside, or on a driveway for that matter, should be locked when the vehicle is not in use. The car owner should also avoid leaving a spare set of keys in the vehicle at all costs. Even if your vehicle is locked, if someone shatters a window or uses some other form of entry, they would be able to use your key to drive away from the vehicle. In order to prevent your vehicle from being targeted, make sure to keep all valuables out of sight. Whether it is a large amount of change, GPS device or cell phone, a valuable item will draw a thief’s attention to your vehicle. Taking these preventative measures will reduce the chance that your vehicle is targeted just like Councilwoman Reynolds Brown’s vehicle was. Fortunately for the Councilwoman, and taxpayers, police were able to recover the vehicle and get it back where it belongs.