(VIA Billings Gazette) A police officer in Wyoming is facing animal cruelty charges after leaving a K9 police dog in a locked car for over seven hours. The black lab who had been with the police force for seven years died as a result of this. Officer Zachary Miller arrived with the K9 around 5:30AM to begin a shift and did not go to retrieve the dog until about 1:00pm in the afternoon. While Miller is still being employed by the police department, he is not currently on active duty. The officer faces a fine of up to $750 and a maximum prison term length of six months. Not only was the police dog, Nyx, not only a seven year veteran of the police department, but also lived with Officer Miller’s family. The police chief, Bryon Preciado, said that, “If he violated the law, then he should be held accountable just like anybody else”, in regards to Officer Miller’s connection to the death of Nyx. This in no doubt true, however, the current charges that the officer faces are hardly stiff enough.
There has been a surge in the amount of storied regarding both children and pets who have been left in locked vehicles. A police officer, of all people, should be aware of how dangerous that leaving someone or an animal in a locked car can be. It is reported that by the time the officer returned to his vehicle, the temperature outside the vehicle had gone from 53 to 86 degrees. This is clearly unacceptable behavior from a police officer. In many other cases, where the perpetrator has not been a police officer, the punishment has been much greater. Whether this is a result of lenient prosecution simply because he is a police officer, or a simple lack of appropriate punishment on the books has yet to be determined. 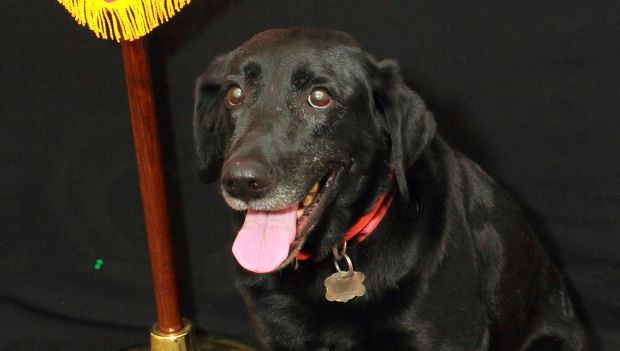 The dog pictured above is Nyx. The black lab police dog who was left in a locked car for over seven hours.

In many cases where an ordinary civilian injures a police K9, the citizen is charged as if the police dog is an extension of other officers. With Officer Mills only facing a slight slap on the wrist, in addition to still being employed by the department, it seems that the precedent is not the same if the perpetrator is a police officer. It will be interesting to see if there are additional charges which may be coming down the line for Officer Mills, or if he will be put back onto the active police force. More animals and children are making front page news for being left in a locked vehicle by their guardians. It is amazing that people still continue to commit the same egregious mistakes as these stories become more and more common place.
Post Views: 401
Previous Post
Man Beaten For Leaving Kids in Locked Car
Next Post
SUV with Push-to-Start Car Key Stolen
You must be logged in to post a comment.