From the department of things that should not have to be said leaving your child or pet in a vehicle is extremely dangerous and can cause death in just a matter of minutes. Over the past weeks the news has been flooded with parents who have both intentionally and unintentionally left their children inside of locked cars and Phila-Locksmith feels that there is a need to reemphasize exactly how much of a threat that vehicular heat stroke can be. Especially in these hot summer months, the inside of a closed vehicle can get to extreme temperatures in just a matter of minutes. With over 606 child deaths since 1998 because of vehicular heat stroke in addition to uncounted amounts of close calls, it is obvious that the message of how dangerous the inside of a vehicle can be on a summer day needs to be spread to more parents.
New Orleans, LA
A mother in Slidell, just outside of New Orleans, LA was arrested just the other day for leaving her child in the vehicle for 30 minutes while she was inside shopping. Luckily for everyone involved a good samaritan called police to come and get the 5-week-old out of the vehicle. When they finally got the child out of the car the inside had sweltered to a temperature of about 130 degrees. Police say that if it had not been for the good samaritan who called police then the child would have likely died from vehicular heat stroke. No matter who quickly you think that you will be in and out of a store, it is not quick enough to leave a child behind.
Philadelphia, PA
In the Port Richmond section of Philadelphia a babysitter was taken into custody on Tuesday for leaving five children in a car while she was grocery shopping. She did leave the air conditioner running for the children who were all under the age of nine, but when police arrived to get the children out of the vehicle they found that all of the children were overheated. All of the children were taken to the hospital for evaluation and were later released to their parents.
Pittsburgh, PA
Perhaps the worst story of a child left in the car recently comes from Pittsburgh, PA were a mother and step father were charged with child endangerment after they had left a child in their vehicle while they drank at a bar. The windows were cracked and it was just after midnight that police were called to the scene by another bar patron, however this underscores that even when temperatures are not overly oppressive that having children and pets in the car is dangerous. As police arrived on the scene and found the two year old slumped over in the vehicle, the mother left the bar and was arrested. The 2 year old boy was taken to the hospital for evaluation and is expected to make a full recovery.
These are just three stories of children being left in a hot car over the past week and some of the situations are down right appalling. As a member of the American Best Locksmith family we are joining together with other locksmiths to form emergency responders to any case where a pet or child is locked in the car. Many times police are able to open the vehicle and quickly, but we want to join with other locksmiths to offer free door unlocking whenever there is a child or pet locked in the vehicle. The dangerous of vehicular heat stroke are very real and parents need to take extra care during the summer months. American Best Locksmith has developed a list of tips to prevent vehicular heat stroke and also recommends the 1decision bracelet which can prevent a child from ever being unintentionally left behind in a vehicle, or any other setting. 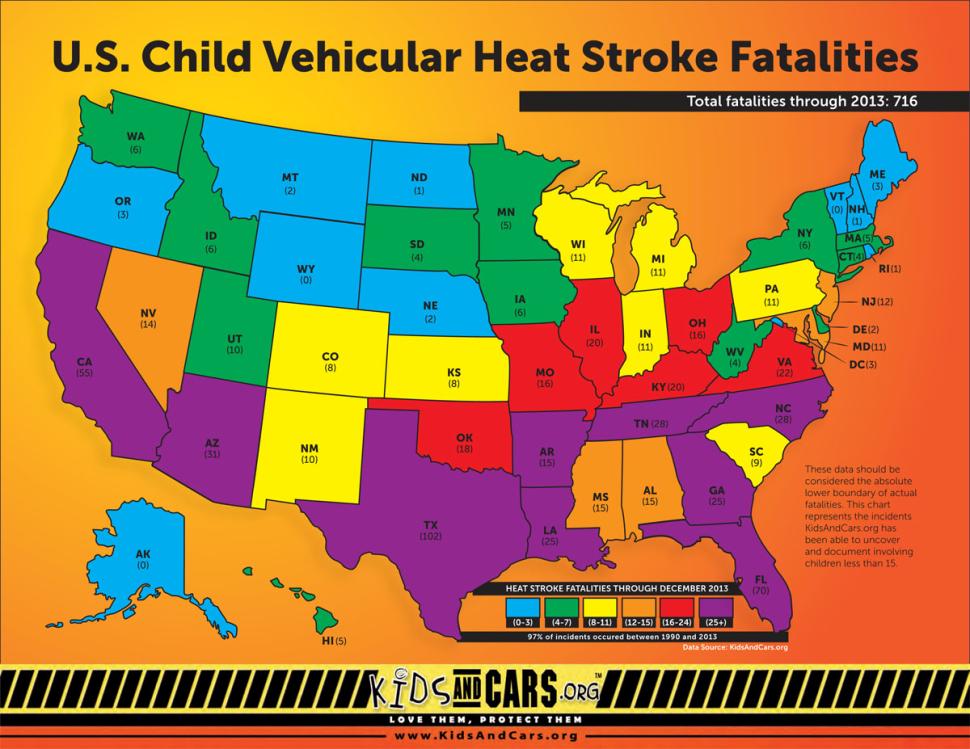 97% of recorded vehicular heat stroke deaths have occurred since 1990.