(VIA WTVC) A child in Tennessee is being hailed as a hero after saving an elderly man who had gotten locked inside of his vehicle at a church function on Saturday. Recently there a head been a stretch of deaths and close calls that were caused by vehicular heat stroke, that is what led three-year-old Keith Williams’ mother to teach her son about the dangers of being in a hot locked car. Just days later they found themselves at a fundraiser in Nashville for the Vestal Baptist Church and little Keith’s knowledge the dangers of being stuck in a car were put to the test.
At the same fundraiser 68-year-old Bob King and his wife were in attendance. Staying in his vehicle, Bob was accidentally locked inside of the car because of a sticky lock. Since his wife had taken the keys he was unable to turn the air conditioning on. Due to having strokes as well as cancer treatment recently, Bob was left in very poor shape and was unable to get the door open himself. With temperatures outside already pushing 90 degrees this situation had the making for a very tragic  ending.
Mr. King saw Keith walking past the car he was stuck in and started tapping on the glass in an attempt to get the child’s attention. After quickly getting his attention, Bob, tried to ask the boy to go get help. Having learned the dangers of being locked in a car just days before, Keith went in search of an adult who would be able to help him open the car door since he could not do so him. The boy sought out the help of the Pastor of Vestal Baptist Church Jack Greene who at first was confused by the boys request. Being only a three-year-old, at first all little Keith told Pastor Greene was, “locked, locked”. When Pastor Greene did not think anything of it immediately Keith pulled on the Pastor and said “hot, hot, hot”, at that point the Pastor knew that something was up and that he should follow the child to find out what was going on.

“His whole body was raining sweat. His face was red like a pickled beet” – Pastor Greene on Mr. King’s appearance

As soon as Pastor Greene got to the car he identified what was wrong and after a few tries was able to get the jammed door open. With temperatures inside the vehicle quickly rising and much higher than the 91 degrees outside, it is no surprise that Mr. King was in bad shape. Fortunately the Pastor got to the man in time and was able to bring him into the church for water and air conditioning in order to bring his body heat back to a more manageable level. It ended up that his wife had not returned to the car until 20 minutes after Bob had been taken from the vehicle. If it had not been for the three-year-old hero Keith then this whole scenario could have been a tragedy. 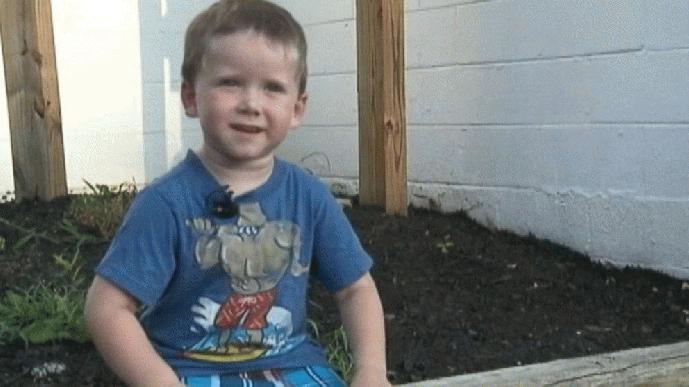 Pictured above is Keith Williams three-year-old who saved a Nashville man locked in his vehicle.

Phila-Locksmith highly recommends that you inform your children of the dangers that being locked in a vehicle can bring. By warning your children they can also help you identify dangerous situations which are going on.
Post Views: 652
Previous Post
Vehicular Heat Stroke an Unnecessary Tragedy
Next Post
6 Week Old Baby Left in Car Outside Wal-Mart