Keyless Ignitions – The Future is Now

It has been speculated by many in the automotive industry that the clock is ticking on the use of standard cut key blades for operating vehicles. Not only are their security concerns which could be alleviated by switching to keyless ignition systems, but also safety concerns which could be eliminated. It what is a signal that this industry change may be coming faster than expected, General Motors is telling dealerships to replace the key systems on their 2014 and 2015 models for many larger vehicles which include the Chevrolet Trailblazer and GMC Sierra. The reason for this is the concern that the key can become knocked out of position when attempting to shift gears. This is reminiscent of the problem which resulted in the recall of millions of General Motors vehicles this past year. 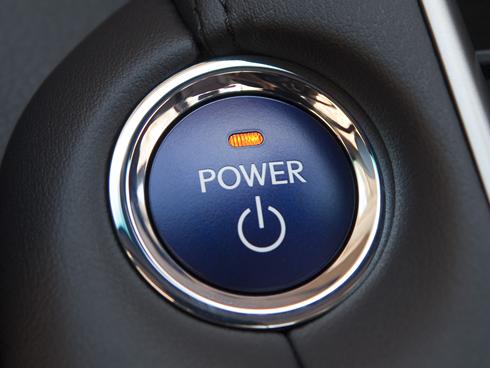 A simple button push can start your vehicle and provide safety in many new model vehicles.

As demonstrated in the General Motors vehicles which needed to be recalled throughout the year, there certainly are safety concerns that can arise from the use of traditional blade keys. With minor wear and tear, or because of part failure, the key can be turned from the on position while an individual is driving the car. This can cause for the loss of power steering and brakes, which is obviously dangerous especially if you are on the highway. While the key slipping from the position is unlikely to happen, the possibility still remains. By using a keyless ignition fob there is no wear and tear which results from the repeated use of the ignition. This eliminates the possibility that the car can be moved from the open position while the owner is driving.
The added benefit of security does come at a cost. Having to get your keyless ignition fob replaced can be an expensive undertaking, so keeping your fobs secure and handy is a definite need. You can receive a replacement bladed car key much easier, and much cheaper, than you are able to have a replacement keyless ignition fob replaced. Despite this extra cost in the case that you have lost your fobs, keyless ignitions will almost certainly become standard on new vehicles in the near future. Their combination of safety and security allow for the most carefree driving experience possible. Following the recalls that the manufacturer had to deal with this year, General Motors seems poised to be a leader in the implementation of keyless ignition systems going forward.